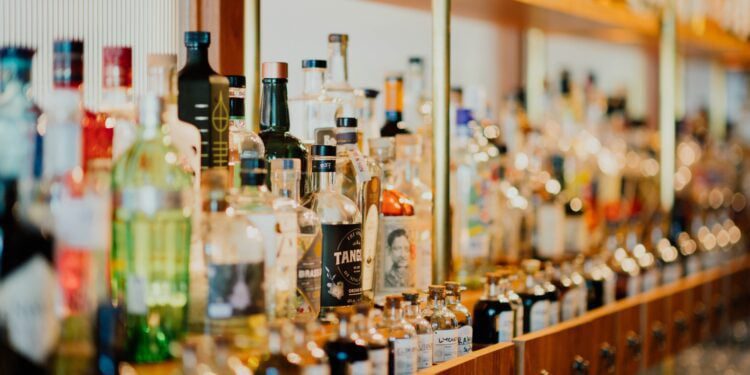 What is the legal drinking age in Canada?

In Canada, there isn’t a nationwide legal drinking age. Instead, each region sets its own rules regarding drugs and alcohol consumption, including defining a minimum age limit.

The minimum legal drinking age in Manitoba, Alberta, and Quebec is 18. However, the age limit is 19 in British Columbia, Saskatchewan, New Brunswick, Newfoundland and Labrador, Nova Scotia, the Northwest Territories, Nunavut, Prince Edward Island (P.E.I.), Ontario, and the Yukon.

Alcohol use among adolescents has long been the topic of much discussion in Canada due to research on its impacts on physical and mental growth in adolescents.

Alcohol consumption and its related issues

According to studies, as the legal drinking age rises, so do the number of car accidents and youth alcohol consumption. According to the study’s findings, raising the drinking age to 19 across the country would save the lives of approximately seven 18-year-old males each year. It is estimated that raising the age limit to 21 would save approximately 32 lives per year.

A further research project concluded at the University of Northern British Columbia, found that lowering the legal drinking age to 19 for all provinces would reduce hospitalizations and injuries caused by alcohol and alcoholic beverages. The study’s findings disclosed a staggering 15 to 20% rise in the percentage of young individuals admitted to the hospital at the age of 18 or 19, based on the province.

According to research, raising the minimum legal drinking age would reduce occurrences of alcohol addiction, alcohol poisoning, and other related diseases or issues caused by consumption among young people.

Utilizing national Canadian fatality information from 1980 to 2009, investigators looked into the causes of death of people between 16 and 22 years of age. They discovered that immediately after the minimum allowed drinking age, male deaths due to injuries increased by 10 to 16%, and male lives lost as a result of car crashes increased by 13 to 15%.

Furthermore, the study indicates the potential for infrastructure and excise taxes to be saved by relieving some of the burdens on emergency departments and first responders.

Alcohol (or alcohol-related beverages) is the leading cause of mortality and morbidity among youth aged 10 to 24 worldwide. There is substantiation that alcohol consumption can harm cognitive functioning, especially during adolescence and young adulthood, while certain trends of use are riskier than others. As a result, young people, as well as young adults, are urged to put off drinking as long as possible.

When evaluating major sex assault crimes recorded in the Uniform Crime Reporting Survey, the occurrence of sexual assault offenses significantly increased for men just older than that of the MLDA compared with men just younger than that of the MLDA, both nationwide and in most provinces where the MLDA is 19 years of age (31.9 percent and 56.0 percent, respectively).

There was no evidence that the MLDA had any effect on the commission of sex assault offenses among females. In a study of police-reported crime victimizations in Canada, males and females merely older than the MLDA were much more likely to be the victims of violent crimes (e.g., homicide, assault, and robbery) and all offenses than those just younger than the MLDA (10.4–13.5 percent ).

An investigation discovered that those merely older than the Ontario MLDA of 19 years illustrated an increase in ER visits as well as hospitalizations for alcohol-related disorders (10.8 percent), violent attacks (7.9 percent), and suicide (51.8 percent) when contrasting teenagers a bit older than the MLDA with all those a bit younger than the MLDA.

Those just over the MLDA in all Canadian provinces, except Quebec, experienced an increase in ER visits and hospitalizations for self-inflicted injuries (9.6%) as well as alcohol use disorders and poisonings (16.3%). Females in Ontario experienced a 91.8 percent growth in alcohol-related suicides after reaching the legal drinking limit.

Minors caught with alcohol or alcoholic beverage in their possession or trying to purchase alcohol under a fake name will be prosecuted criminally. They could face jail time if convicted. Minors will also be required to perform community service and participate in rehab facilities such as monitored counseling. Charges against minors might be dropped if they take part in the program.

Once youngsters attain legal access to alcohol, they face an increase in the severity of negative consequences, including severe alcohol-related events requiring partial hospitalization and emergency room services, driving under the influence crimes and victimization, drug abuse, and even death.

These also indicate that the MLDA has a different impact depending on gender. The more drastic trends of alcohol-related harms observed in young men may be due to their higher proclivity for general risk-taking behavior, such as getting drunk before traveling and binge drinking.

Alcoholism is a serious issue. The government of Canada has thus taken huge steps toward the safety of youth and curbing alcohol consumption by legalizing certain laws.