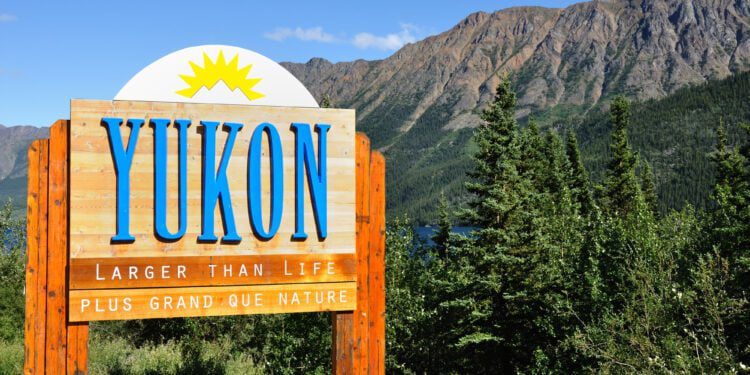 Watson lake Yukon is a small town in the southern part of the Canadian territory. It is located on the Alaska Highway at 635 miles which is close to the border of the city of British Columbia in Canada.

Watson lake is present at the junction of Alaska highway and the Robert Campbell Highway. This town started as a trading post in the 19th century but is now known to be the key area for the distribution and communication services in the Yukon territory of Canada.

Watson lake Yukon is a man-made lake established in April 1915. It lies around the Liard River, and the establishments of the area with Watson lake constitute the Liard river first nation which is a member of the Kaska Dena Council.

The Yukon territory of Canada, whose capital is Whitehorse, is an area of rugged landscape with high plateaus and mountains.

The town was named after Frank Watson, who was an American man who belonged to California and came to Watson lake in search of gold in Klondike in the year 1897. He turned into a pioneer-miner-trapper who got settled here with his wife Adela stone later in time.

History remembers him as the first white man who came to explore the area and got settled with his family serving the Watson lake community.
While the Government of Canada established various airbases in the northwest zone, of which the airbase at Watson Lake became the most important part. With the establishment of the airfield and the Alaska Highway project, the area of Watson lake began to manifest. The Alaska highway became the major supply route between the country of Alaska and the other lower 48 states.

Within a short period, the Alaska highway became the major transportation route connecting the north to south communities. This route is a major travel route from Yukon and Alaska, which opened the gates for logging and mining industries in the territory. This highway project turned into an asset to the economy of Yukon.

Watson lake Yukon is known to be the first Yukon community situated on the Alaska Highway, which is also called the “The Gateway to the Yukon.” It is called such as it became the major travelling trail joining Alaska highway and Yukon territory.

The total population of the town of Watson Lake was estimated to be around 790 in the year 2016, which rose to a population of 1,133. Watson lake is known to be 2460 feet above sea level.

The Watson Lake Yukon has its operating airport by the name of Watson Lake airport. This airport was earlier under the operations of Canadian Pacific Airlines and other domestic and regional airline services. Currently operated by Air North and other chartered and corporate airport services.

The Signpost forest is the most famous tourist attraction of the Watson lake Yukon or, shall I say, known for it.

The signpost forest gained recognition due to an injured officer recovering from an injury during the Alaska highway, projecting the year 1942. The officer-in-charge asked him to repair the signposts, and while doing it, he put up a sign of direction and mileage indicating his hometown Danville, Illinois.

This trend caught attention with time, and today the Signpost forest has around 77000 signs in the forest. Visitors come and contribute to this tradition; hence, this place is a major attraction of Watson Lake.

Lucy lake is one of the favourite spots of the Watson Lake Yukon, which is an ideal place for friends and family. It is a great picnic area with a picnic table, fire pits, hiking trails, fishing, and sandy beaches.

The park has a water slide 500 feet in length which drops down to 60 feet in depth. There is a 3 km beautiful trail of Liard river canyon at the western end of the park. A memoir was even built across the river in the year 1887, marking the border of Yukon and BC.

It is a 26-hectare spread wonderful park located in Downtown Watson Lake. It is a great park with a 2.5 km long walking trail, playground, picnic area, gazebo, skiing, and a great place for watching birds.

One of the other major attractions of the Watson Lake Yukon, or as the Yukon territory is known, is the northern lights. It is also known as the forecasting of the Aurora Borealis in Yukon.

The Yukon Northern Lights Space and Science Centre is the only heritage attraction of Yukon in Canada and the only planetarium in North America. The glimpse of the northern lights is caught in the starting first weeks of winter and is seen prominently from the mid of August to the mid of April. The ideal viewing condition is the no-moon nights where the sky is clear and dark, while the time of 10 pm to 3 am is considered the magic window for aurora borealis.

Whenever in the capital of Yukon, take the driveway route to see the scenic exposure towards Fish lake or the Chadburn Lake road.
It is the most desired light show of the world happening in Yukon in Canada.

The city gives awesome views of the Yukon river bank and Klondike valley.

Watson lake Yukon is a great place for some interesting places and events in Canada. It makes up the northernmost part of Canada.

Compared to the national capital Ottawa, or other cities like Montreal, BC, Vancouver, and Calgary, which make up the major metropolitan cities, the Whitehorse capital of Yukon in Canada, is a small city with its population.

Watson Lake Yukon may not be a big metro city, but it is quite famous among visitors for its attractions.