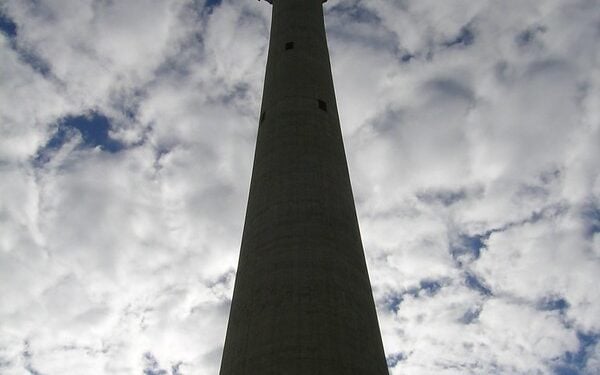 The expansive landscape, which is sandwiched between the towering Rocky Mountains and the grasslands, is home to the breathtaking picturesque beauty of the sunsets and sunrises that seem to light up the entire sky, as well as a dazzling downtown cityscape with a creek cutting through it and surrounding snowy peaks.

Although Calgary is a major city with a population of almost more than a million, it has managed to avoid the hectic schedule of a bigger metropolitan. As a result, you could still keep your windows open all the time to let in natural light. While in Calgary, explore the 27 best restaurants in Downtown Calgary for adding spice to your adventure.

The Calgary Tower was constructed in 1967 to commemorate Canada’s 100th anniversary, the work was completed in 1968 and it is made up of steel reinforced concrete. It is still a striking and emblematic representation of the city’s ancient and modern civilisation more than half a century later. The Calgary Tower was a significant Olympic icon in 1988, and the city of Calgary has come to cherish it ever since.

It is a terrific excursion for families because kids can climb the skyscraper for $9.00 and those under three are complimentary. Children may learn so much about the city’s ancient and modern culture from 191 meters in the air by visiting the Calgary Tower. Step on the glass floor viewing deck of the Calgary Tower and see how daring you are. The glass floor, which measures 11 by 1.4 meters, is suspended over Centre Street and 9th Avenue SW congestion.

The crystal flooring is comprised of five slabs that are 5.7 centimeters thick and each one weighs 238 kg, and of course, how can you forget the marvelous idea of the observation deck? This masterpiece was established as a tribute to Alberta’s anniversary. Since it was built at the Calgary Tower in 2005, the flooring made up of glass has been a mainstay.

History of the Calgary Tower

The Calgary Tower is a must-visit and free-standing viewing platform that stands at a height of 191 meters (626 feet) in Calgary, Alberta, Canada. Its original name was the Husky Tower and the authorities renamed the Calgary tower later.

It was created as a joint project by Husky Oil and Marathon Realty Company Limited in the year 1967 to commemorate Canada’s centenary and as a component of an urban revitalization strategy. It is a wonder of technical and physical workmanship.

In 1971, the Calgary Tower received its new name. During 1987 and 1990, the tower endured substantial refurbishment. The tower underwent significant renovations worth $2.4 million of the tower’s highest echelons including the development of a gift shop and a rotating diner.

A glass rotunda was erected in 1990 to function as the new lobby. While Marathon Properties and Husky Oil constructed their new corporate headquarters in Calgary, they advocated the tower’s construction as a way to celebrate 1967 as Canada’s centenary year and to promote urban regeneration and the expansion of the city’s central business district. W.G. Milne & A. Dale and Partners were responsible for designing the building, which can endure fatalities like earthquakes and storms of up to 161 km/h (100 mph).

Construction for this majestic tower was started on February 19, 1967, and it was estimated at C$3.5 million to build in 1 year and 3 months. The tower’s core was developed using an unheard-of continuous cement pouring. At an average increasing rate of 7.6 meters (25 feet) per day, pouring started on May 15, 1967, and was finished 24 days later. Industry professionals hailed this pace as “an astounding accomplishment of physical and technical craftsmanship.”

When it was finished, the Husky Tower was the highest skyscraper of its kind in North America, measuring 190.8 meters (626 feet) high, with its glass floor south portion and observation deck being the biggest attractive Calgary tower features.

With a height that was more than twice as tall as Elveden House, the area’s highest recorded building, it commanded Calgary’s cityscape. In an effort to stop rival contractors from breaking the height record held by the Husky Tower, builders purposefully mislead the public by suggesting the tower would rise 187 meters (614 feet) tall.

Authorities brought to the light level of the Husky Tower soon after San Antonio, Texas administrators made an opportunity to claim the record for themselves by declaring the construction of the 190 meters (620 ft) Tower of the Americas.

How Much is Calgary Tower Height?

If you have visited the Calgary Tower, then during the afternoon, you will hear a variety of music genres streaming from the digitized carillon chimes as you get closer to the Calgary Tower’s Height.  The carillon also chimes on the clock to signal the passing of each hour. You can make it to the top in around a minute using the elevators.

The sights, including the trampling grounds, are presented by displays on the observation platform. During busy periods, hostesses are on hand on the Viewing Platform to give visitors excursions and knowledge.

In honor of Calgary’s centenary and as a token of gratitude for the independence of the Netherlands following World War II, the Dutch Canadian Centenary Council gave the city the initial Clock tower Bells in 1973. The chimes had to be taken out due to modifications in 1989, but a digitized carillon ring has successfully replaced them.

The Calgary Tower, a pioneer part of the World Federation of Great Towers, is located 191 meters above the city’s centre. And although Petro Canada’s Western Tower—now designated as the Suncor Energy Centre’s Western Tower—surpassed it as Calgary’s tallest structure in 1983, its size and architecture still give the impression that you are floating through the air.

Why Visit and Discover the Calgary Tower Height?

An essential stop for anyone visiting the city for the very first time in order to observe their surroundings, get a bird’s eye spectacular view of the picturesque city, and take in the vistas of the Mountains. Perched atop 9th Avenue, one may stroll around and enjoy thanks to a viewing deck and transparent floors.

The Calgary Tower has a revolving restaurant called Sky 360 that spins to give patrons a beautiful perspective of metropolitan Calgary (one revolution takes 45 to 60 minutes). It is on 9th Street SW and can be reached by automobile, C-train, or foot. The Tower is accessible by the Central C-train, which is in the no-fare zone.

Since individuals have always been captivated by heights, prominent architects throughout antiquity have worked tirelessly to develop more magnificent and taller structures that have become integral elements of the metropolitan skyline through tower’s observation deck. It doesn’t matter whether Calgary is your ultimate stop and you want to experience everything this area is renowned for, or whether it is just a stopover on your carefully thought-out family vacation.

Whatever the case, discovering Calgary Tower Height ought to be on your list. The sights from the viewing platform are unbeatable, and who cares, whenever the environment cooperates, you might also see the magnificent snow-capped peaks emerging unexpectedly from the grassland. Even budgetary tourists who are frequently unwilling to spend admission fees should without a doubt make an exception for this time.

Additionally, the Calgary Tower Height continues to draw recognition despite the fact that it is no longer Calgary’s tallest structure due to the rise of nearby complexes ever since the tower’s completion in 1968. It would be amazing to look at historical pictures to see how fast the city has grown and evolved in just a few years.

Cities in Canada and the US are undoubtedly excellent examples, as the development of tall buildings became popular in the mid-twentieth century to get as near to the clouds as practicable. The notion that Calgary Tower Height is really not the tallest structure in the area is not a drawback, and you must go up to see the artistic marvel that has adorned Calgary’s cityscape for all time.

The tower was built at the beginning of 1967 and was finished in 1968. It was also one of the earliest skyscrapers of its sort at the time since super-high tower construction boomed in vibrant urban downtown areas all around the globe a little later. Finding the tower is not difficult because you can see it just about anywhere.

Due to the heavy traffic in Calgary’s centre, it is advised to leave your rental car properly parked if you have already booked one. Instead, use the public transit system or walk. Take the C-Train to Central Avenue or 1st Avenue SW and get off if you choose to take the subway. The Calgary Tower Height will be visible from here and it is a short stroll away from that location. If you need more persuasion to visit, have a look at the top 10 reasons to visit Calgary.

Well, not the Calgary Tower Height is now regarded as the previous tallest structure, no one can ignore the fact that it was the first tallest structure in Calgary in the downtown core which attracts many visitors because of its observation deck tower and glass floor.