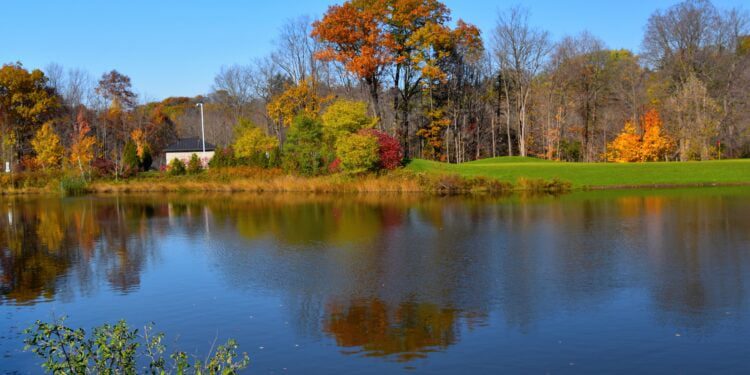 Northern New Brunswick’s urban center is the City of Bathurst. The 150,000+ residents within a one-hour commute regard Bathurst as their primary center for services and retail. Outstanding recreational amenities can be found in Bathurst, such as Youghal Beach Park’s marina for day boating. On fishing and whale-watching expeditions in the Bay of Chaleur, unforgettable moments await you.

You will be persuaded that choosing to reside in Bathurst is the finest choice you will ever make by its two outstanding golf courses, one of which offers unrivaled views of the harbor.

Bathurst becomes the Snowmobile Capital of Atlantic Canada when winter arrives. The city’s 1,000 kilometers of well-maintained routes provide excellent hotel accommodations that test even the most ardent snowmobilers. Ice fishing and cross-country skiing are other wintertime hobbies. Let’s learn more about the city below!

The official languages of Bathurst are French and English, and its background includes Irish, Scottish, and English. Pabineau First Nations (Kekwapskuk), situated on the city’s outskirts, is home to a community of Mkmaq natives. The city also has its Mkmaq population.

Their Government and politics:

Bathurst is run by a mayor and a council of seven representing the whole city. Since 2004, elections for municipal governments in New Brunswick have been held every four years in May. In 2016, 21 people were running for office. Mayor Fongemie beat the other three candidates, who each got 1,831 votes, with 3,064 votes.

In New Brunswick’s 2014 general election, 4,431 voters in Bathurst East-Nepisiguit-Saint-Isidore and 4,367 in Bathurst West-Beresford chose Denis Landry. Both are members of the New Brunswick Liberal Association and serve as cabinet ministers in the government of Brian Gallant.

For more than 50 years, the City of Bathurst Mining Camp was responsible for many jobs that helped the surrounding area’s economy. The Brunswick Mine building stopped being used in April 2013. Because of this, the unemployment rate in the northern part of New Brunswick went up to more than 20% in March 2013. However, today, as of July 2022, the unemployment rate in New Brunswick is 6.8%.

The city of Bathurst is on the Canadian National railway line. It has a station where people can get on and off trains. On Wednesdays, Fridays, and Sundays, people can use the services of Via Rail to go in either direction. Mining, fishing, and logging are the primary industries that keep the economy going.

Tourism, call centers, manufacturing, and the public sector on both the provincial and federal levels are also important. The service industry is the city of Northern New Brunswick’s primary source of income. Chaleur Regional Hospital is the only place in the area where people can get medical care, so it meets all of the needs of those who live there.

The Smurfit-Stone paper mill, which used to be part of the Power Corporation of Canada’s huge business empire, stopped making paper in 2009. The factory is now being taken apart piece by piece.

In January 2010, the partners of the Green Investment Group bought 225 acres of contaminated land from an old factory. They aim to improve the Bathurst area and Northern New Brunswick by developing innovative projects using alternative energy forms.

Attractions in the City of Bathurst

Legend of the Phantom Ship

Since the first time a ghost ship was said to have been seen in the Bay of Chaleur, more than two hundred years have passed. The legend says that during the Battle of the Restigouche, a sailing ship caught fire in the waters north of the city of Bathurst. It is said that the ghosts of the ship and its crew can still be seen on the water today, but only in particular weather and lighting conditions.

The following types of community-based organizations may be found in the city of Bathurst:

Places to visit in the City of Bathurst

This 5.6-km trail near Gloucester Junction, New Brunswick, goes out and back. Most people think of it as an easy route, and it takes an average of 1 hour and 46 minutes to finish. This trail is excellent for hiking; you probably won’t see many other people while you’re out there. Dogs are welcome, and they can run for free in some places.

This part of the Sentier Nepisiguit Mi’gmaq Trail goes from Access C to D on the map. People hiking to the falls often use this part of the trail to get to and from the falls. Along the river, the path is mostly flat. There’s a hanging bridge and a steep part where you must use a rope, but it’s not complicated. In any season, the Pabineau Falls are beautiful and offer amazing views.

This 4.5-km trail near Bathurst, New Brunswick, goes out and back. Most people think of it as an easy route, and it takes an average of 57 minutes to finish. This trail is a great place to watch birds and go hiking, and you probably won’t run into many other people as you explore.

Beautiful trails through the woods! The trails are well kept, and the scenery is gorgeous. At the front, there is even a small library and a place to park. The trail’s parking spot is at 1135 Youghal Drive, which looks like a private driveway.

We took our dog for a walk, and it was lovely. Just make sure to clean up after your dog. Along the trail, there is a place to throw away the trash. There are maps and a place to put money for the food bank.

The City Hall features movable rather than permanent seating, and it can be arranged to accommodate several different kinds of gatherings. It has a maximum capacity of 1100 people. This venue’s size is adaptable thanks to the detachable partition walls that can be moved around. Its most compact configuration can house anywhere from one hundred to five hundred people, depending on the arrangement. There may be a maximum of 550 people seated for supper.

Learn about this 0.6-kilometer trail that goes out and back near South Tetagouche, New Brunswick. It takes about 10 minutes to finish and is usually considered an accessible route. This trail is excellent for running and walking; you probably won’t see many other people while exploring. Beautiful place to visit! The trails are wide and easy to walk, but the path down to the falls is very steep.

5. Daly Point Nature Reserve of the City of Bathurst

The Point is teeming with wildlife, particularly birds, which draws hordes of birdwatchers. Visitors go across farms and pastureland on the field path. The many types of trees and bushes, characteristic of development on the vacant ground, create an area gradually transitioning into the forest via a process known as “succession.”

Play, relax, and reenergize in Bathurst and the North Shore. The city of Bathurst, located on the balmy waters of Chaleur Bay, is a vibrant center of urban exploration. This little city, bordered by Youghal Beach park, Daly Point Nature Reserve, and the Nepisiguit River, is rich in natural wonders.

A Guide to Sombrio Beach—10 Incredible Facts to Know