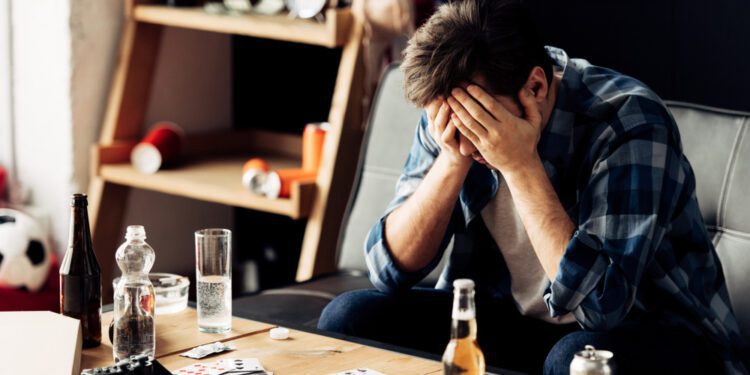 Knowing about the best hangover foods can be a lifesaver.

After the wild party last night, it is apparent that you can’t seem to get your head out of the sheets. Now all that is left between a miserable day and a somewhat bearable one are hangout foods. A hangover is, to put it simply, your body’s reaction after a few too many.

Frankly, it is quite impossible to magically cure all your hangover symptoms like those never happened in the first place; here are some scientifically proven foods that you can give a try to, well, eat and keep down. Also, if you want to know some restaurants or pubs to visit next time, check out these sweet locations in Oshawa.

1. Cause and Hangover Symptoms

Bottom line? Yes, it was a bad idea to take that extra shot. Too much alcohol consumption in a short time leads to several symptoms, some of which you might even be familiar with, say, nausea, fatigue, splitting headaches, and dry mouth. Courtesy of alcohol expanding your blood vessels and decreasing blood flow, those headaches happen. Nausea and vomiting you experience are mainly because alcohol drastically increases the amount of stomach acid in your stomach, which in turn delays the emptying of the stomach. This whole process messes with your stomach lining.

Your urine production increases, leading to dehydration, and your blood sugar falls, resulting in fatigue. Oh, it can even damage your skin.

Now, a hangover kind of wears off after a whole day, although the time may vary from person to person. Eating hangover foods also help a lot in getting out of your hangover, depending on what you’re eating. Here we are listing the 25 best hangover foods that will ease the hangover symptoms for you as much as possible.

I know starting the list with tomato juice is a bit weird, but hear me out. Tomatoes come with compounds that are beneficial for your liver and can supposedly even speed up how fast your body processes all that excessive alcohol.

This one is a no-brainer. Eggs have been used as hangover foods for a long time, and not without due reasons. This natural hangover food is rich in L-cysteine amino acids, which help create glutathione antioxidants. Acetaldehyde is a toxic by-product of alcohol, also the culprit for the splitting headaches, and guess what, glutathione breaks those down.

Just start your breakfast the next day with a couple of eggs, and see the magic.

Ginger has several other medication properties, all of which are quite good for your health. Another trusted natural remedy for hangovers, gingers are most people’s go-to during motion sickness, nausea, and several other possible stomach issues caused by too much alcoholic drink. The antioxidants present in ginger are also useful for vomiting.

As far as consuming ginger is concerned, never opt for ginger beer or raw dried ginger. Crystallized ginger or ginger tea is the far better method, and consuming a cup of fresh and hot ginger tea in the morning is sure to do a number on that hangover of yours.

This super tasty food is one of the best solutions for hangovers out there. These potassium-rich fruits are what you need to replenish your body’s electrolytes, specifically potassium and magnesium which are depleted due to heavy consumption of alcohol.

Bananas are rich in vitamin B6, which is good for hangover symptoms. Bananas also have high fibers and carbs, which increase that low blood sugar level of your body that was giving you splitting headaches.

If that hangover has hit you like a truck, and your body is seeking some carbs, a fantastic solution to that is oatmeal.

Containing a variety of complex carbs, oatmeal provides a slow and steady release of sugar into your body, which in turn keeps your blood sugar, making that fatigue and mood problems far more bearable. A study by BMJ showed how eating a breakfast containing food with complex carbohydrates helps improve mood and significantly reduces shakiness and fatigue.

This one is so obvious that we felt like we HAD to mention it. Alcohol, as mentioned before, makes you urinate more, dehydrating you as a result. This is the main reason why after every heavy drinking session, you wake up with a dry throat.

To keep the dehydration to a minimum, although we’re sure you’ve heard it before, keep consuming water in between your drinks. Low-sugar waters, such as sparkling or plain water are preferable to the rest.

During a hangover, don’t drink way too much water at once; rather, keep intaking it in small amounts throughout the day. In this way, you will be able to keep it in, and the hangover will be better. Truly, the best hangover food is also the most obvious one.

Thanks to excessive drinking, your body is currently running low on electrolytes. Do you want to know a really simple solution to that? Avocados. These are not only potassium-rich, which restores your lost electrolytes but also have five compounds that can protect you from liver damage. So, make sure to keep it on your breakfast list the next time you’re hungover.

watermelon is undoubtedly tasty and is also a handy hangover relief. Its refreshing taste and benefits make it perfect when you just can’t seem to eat anything. For starters, after heavy drinking, your body is already dehydrated. A watermelon can replenish it in a tasty way. Secondly, watermelons are rich with something called L-citrulline, which increases blood flow, which in turn reduces headaches.

Brazil nuts are another inseparable friend during your hangover recovery. During inflammation due to alcohol and oxidative stress, nothing is better than foods with selenium. And brazil nuts are one of the most significant natural sources of selenium, making them the remedy for those painful inflammations. Well, that and brazil nuts make a really good breakfast.

It is funny how a lot of these hangover foods are also really tasty. And nothing compliments it better than honey. Honey is pure fructose, a type of sugar molecule made up of glucose and sucrose. According to many medical studies and professionals, this fructose can increase your body’s efficiency in clearing up alcohol. One Nigerian study even showed that taking honey can increase the rate of alcohol elimination by up to thirty-two percent.

Your body expends quite a large amount of b vitamins when excessive drinking takes place. This results in the creation of compounds in your body that causes inflammation. And guess what? Salmon can probably take care of this for you. This fatty fish is loaded with b12 and b6 vitamins, not to mention omega-3 fatty acids, all of which help your body take care of the inflammation.

Salmon is also rich in protein, so that is enough of a reason to keep it on your menu.

Another best hangover food, coconut water, will be a cool refreshment on your hangover-induced day. Take all the benefits of water, and then add tons of electrolytes and other healthy stuff, and you get coconut water. Alcohol being diuretic, it is almost certain that the next morning, you are running low on water or electrolytes or both. Coconut water takes care of both these issues effectively.

Filled with electrolytes such as potassium and sodium, it is no wonder a Malaysian study found out that coconut water works as well as traditional sports drinks without any kind of side effects.

Starting your day with a cup of green tea never goes wrong, especially if you’re hungover. Filled with antioxidants, green tea helps you counter the various negative effects of alcohol consumption. A study even shows the compounds found in green tea greatly reduce blood alcohol concentration rate, making it an one of the amazing hangover foods.

You probably know about this one as well. Long story short, vitamin c rich orange juice is one of the best ways to start your morning. Vitamin c itself helps the metabolism of alcohol in your body, in turn saving up glutathione. Oranges have vitamins B and A, which ultimately enrich our immune system, rehydrating us in the process.

Taking a whole orange instead of juice is recommended, as that can mess up your blood sugar levels.

Here’s a list of stuff you must avoid during a hangover, no matter how good it sounds.

No matter how weird it sounds, avoiding caffeine is probably a good idea if you don’t want to get heartburn. Coffee can even make your body more dehydrated. The same goes for acidic and spicy foods. Forget what everyone says; carbonated drinks do absolutely nothing to cure your hangover.

Alright, now time for the most crucial part. I’m sure a lot of you already know what I’m gonna talk about, but just for those who fortunately still don’t, here’s a list of stuff you must avoid during a hangover, no matter how good it sounds.

No matter how weird it sounds, avoiding caffeine is probably a good idea if you don’t want to get heartburn. Coffee can even make your body more dehydrated. The same goes for acidic and spicy foods. Forget what everyone says, carbonated drinks do absolutely nothing to cure your hangover. And hair of the dog healing hangovers is also a big no.

We still haven’t discussed the most useful method of not having hangovers. Try not to excessively drink as much as possible; you can get long-term effects far worse than any hangover. And for the days you do end up getting one, hope these best hangover foods will be beneficial to you.