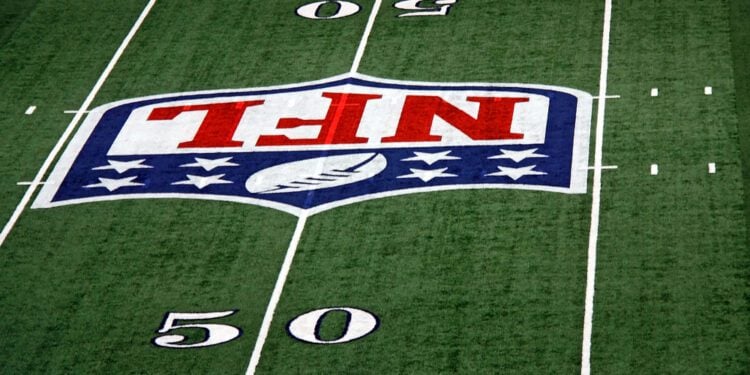 September 2022 will mark the start of the NFL season, and the excitement is at its peak. This offseason ranks among the craziest and most unpredictable in NFL history, and it will undoubtedly make the 2022 season intriguing.

After a brief retirement, Tom Brady has decided to make a comeback with the Tampa Bay Buccaneers.

Tom Brady just celebrated 45 years on August 3 and, even at this age, remains the second favorite to win the regular season MVP 2022/2023 title. Predicting the 2022 MVP winner is challenging because the league now arguably has more quarterback skill than ever.

Brady has plenty of competition

Aaron Rodgers has tightly held the NFL MVP award for the previous two seasons, but that will certainly change in 2022. Although Brett Favre won the MVP three times in a row for the Packers 25 years ago, you would have to feel that there is too much competition for Rodgers to be the first quarterback to accomplish that since then.

Rodgers remains one of the MVP favorites for the upcoming season, but Josh Allen is currently the best bet according to the NFL awards available. Justin Herbert and 2018 MVP Patrick Mahomes are also in the running for the award.

Despite some concerns, Aaron Rodgers, the two-time reigning MVP, decided to rejoin the Green Bay Packers by signing a historic contract. Rodgers ultimately chose to remain where he was, but several other quarterbacks changed teams.

Names like Russell Wilson, Matt Ryan, Deshaun Watson, and Carson Wentz pledged their devotion to new teams while also obtaining better circumstances. As a result, Rodgers will face tough opposition in his quest to win the MVP award three times in a row.

It is anticipated that young signal-callers like Joe Burrow and Justin Herbert will rise. Josh Allen and Patrick Mahomes, two perennially strong players, are also a threat.

The NFL futures prop betting environment for the 2022 Regular-Season MVP award is now beginning to take shape. We have compiled the list of top contenders according to NFL odds available as future bets for the forthcoming season have directly been placed on sports betting websites.

Brady can never be ruled out

Brady has continued to play brilliantly throughout his remarkable career, yet he has only ever captured the coveted NFL MVP title three times. He initially received it in 2007, then in 2010, he became the first MVP to receive it unanimously. He received his final and most recent MVP award in 2017, making him the oldest player in the history of the NFL to do so.

Is Tom Brady the MVP? pic.twitter.com/7GEufUnhoL

Because the Buccaneers figured a potent offense in 2019, Brady could have a good chance to win the league’s MVP award.

What about Herbert & Allen?

Herbert’s occupying a position in the clubhouse came as a bit of a surprise; no amount of praise is too much for the gifted Herbert. In 2021, the former Oregon quarterback had a tremendous sophomore season, tossing for 5,014 yards and 38 touchdowns in his first complete season at quarterback. Herbert made significant progress after a strong debut season, and it is widely anticipated that he will make even more progress in his upcoming third season.

Lastly, there is Josh Allen, the quarterback for the Bills, who is currently regarded as the No. 1 contender. He had an excellent chance to win MVP honors last season but fell just short of preventing Rodgers from taking home the trophy for a second straight year.

Allen’s breakthrough 2020 season wasn’t quite matched by his successful 2021 season. Allen’s completion percentage dropped from a prior career-high of 69.2 percent to 63.3 percent while he tossed five more interceptions (15), 137 fewer yards (4,407), one fewer touchdown (36), and 137 fewer yards (4,407) overall. The brilliant signal-caller has an easy route to winning his first MVP award and is more than capable of doing what is required.

It is clear that we will not be short of MVP contenders in the upcoming 2022 NFL season, but whether Allen is crowned the most valuable player, or if he is beaten to the award by another individual remains to be seen!