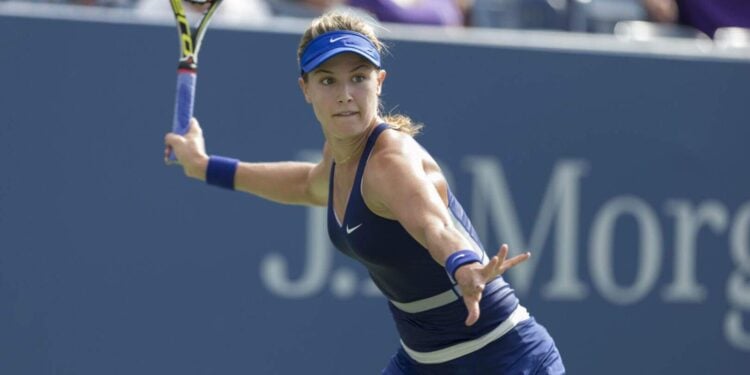 It’s fair to say that for a country with a population of 38.5 million, with a climate that doesn’t always lend itself to outdoor sports, Canada does pretty well for itself on the global sporting stage. Over the years, there have been Canadian champions in a wide range of sports, from track athletics to F1, and national teams that have flown the flag at the highest level – mainly in hockey, but not limited to the national sport by any stretch of the imagination.

It’s always important to remember that a good start in life is beneficial to a future in sport, so when paying tribute to the men and women who have stood out as sporting greats, it’s worth looking at their early years and seeing where they developed their talents. So it’s with that in mind that we ask where the top Canadian sports stars attended high school. Here are five of the best, with a look at where they forged their minds and bodies to be the best.

Born in Ghana, Alphonso had quite the journey before he became an elite-level wing-back for the men’s national soccer team and German giants FC Bayern. His family emigrated to Canada in 2005, when he was just four years old. As he discovered a love of the game, he developed that trademark acceleration and dribbling ability at the Vancouver Whitecaps academy alongside his studies at Burnaby Central Secondary School in the city. Much of the incredible maturity he shows despite his relative youth can be attributed to having to move to Vancouver alone and attend school while living in team accommodation.

One season of college hoops was enough for NBA scouts to recognise that Thompson had what it takes to play in the highest echelon of basketball. That year, at Texas, came hard on the heels of a standout high school career in his hometown of Brampton, where proud locals still frequently place bets on their boy at sportsbooks like Bet365 Ontario. Most recently treading the boards for the Chicago Bulls, Thompson is still one of Canada’s most bankable sports pros having won an NBA title while with the Cleveland Cavs in 2016.

Quebecois tennis star “Genie” Bouchard made history in 2014 when she reached the Wimbledon women’s singles final, becoming the first Canadian-born player to reach that stage of a Grand Slam tournament while representing Canada. She graduated high school just two years earlier when she completed her education at Anglophone co-educational public school Westmount High, after having spent much of her formative youth in Fort Lauderdale being coached at the NIck Satriano Academy. Although she never attended college, she plans to return to education once she hangs up her racquet.

Claypool landed in Pittsburgh to play wide receiver for the Steelers as a second-round draft pick out of Notre Dame. Although his collegiate career and professional action has all come south of the border, the recently-traded Chicago Bear was born and attended high school in British Columbia, getting his diploma from Abbotsford Senior Secondary School in his hometown. As a Canadian native, he was eligible for the CFL Draft in 2020, but had made his preference to play in the NFL clear and went undrafted in his home country.

What can you say about the career that Crosby has built for himself? Drafted #1 overall in the 2005 NHL Draft by the Pittsburgh Penguins, the Nova Scotian has been a league All-Star eight times despite an injury-disrupted time in the pros. He captained his country to gold at the Junior World Championships, the Winter Olympics and the World Championships, becoming the only Canadian ever to do that – and scoring the winning goal against the USA in the 2014 Olympics. After a spell at Astral Drive Junior High, the prodigiously talented Crosby attended boarding school across the border at Shattuck-Saint Mary’s in Minnesota, where he was a standout with the hockey team.