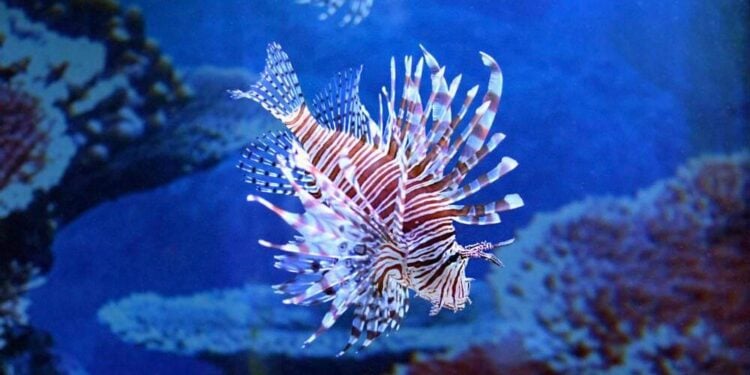 Nature is a wonderful thing. Our planet’s biodiversity is unparalleled in the universe (at least, as far as our knowledge goes), and this means that every region has its own unique plants and animals.

However, due to human movement, whether intentional or otherwise, invasive species end up in another region’s environment and cause harm to that region’s native species.

Let’s take a look at the invasive species in Ontario, Canada.

The term “Asian Carp” describes four species of carp that are indigenous to the lakes, rivers, and reservoirs of southern Russia and China.

Due to their unique diets, they were brought to the Southern United States for use as biological controls in aquaculture facilities.

Zebra and Quagga Mussels are freshwater mollusks, indigenous to the Black Sea region of Eurasia. Both species were thought to have arrived through transoceanic ships’ ballast water.

This is a submerged, perennial, invasive aquatic plant, and it is believed that vegetative reproduction is the main method of dissemination in North America.

Nearly every province of Canada and practically every state in the United States now have Purple Loosestrife, which has spread quickly throughout the continent.

Black Swallow-Wort and Pale Swallow-Wort, two invasive plants that are native to Eurasia, are both referred to as “Dog-Strangling Vines.” These perennial vines have been aggressively colonizing central and southern Ontario in recent years.

European Buckthorn, also known as Common Buckthorn, is a native of Europe. It was frequently planted for fencerows and windbreaks in agricultural areas after being brought to North America as an ornamental shrub.

Since then it has spread rapidly. It can be found throughout Canada, from Saskatchewan to Nova Scotia.

A member of the carrot family, the Giant Hogweed is grown for decorative purposes in gardens. It can grow in ditches, streams, and roadside edges and is spreading across North America and is becoming more prevalent in southern and central Ontario.

Pulling giant hogweed when it is still very young and small and storing all plant parts in sealed black rubbish bags until the plant is dried and the seeds are no longer viable are the simplest ways to get rid of it. Garden gigantic hogweed should not be planted, and sightings should be reported.

An invasive wood-boring beetle that is native to areas of Asia is called the emerald ash borer (EAB). It has been found in the Detroit, Michigan, and Windsor, Ontario, regions.

The Canadian Food Inspection Agency has declared it illegal to move firewood and any other items made from Ash trees outside of the areas that have been classified as Infested Places Orders due to the significant economic and environmental damage they pose.

A new hazard to beech (Fagus grandifolia) trees in Canada’s hardwood and mixed forests is beech bark disease or the beech leaf disease which was first identified in North America.

Since then, it has rapidly spread and is currently present in several American states as well as Ontario.

An imported European beech scale insect and the nectria fungus work together to create this illness.

While the majestic beech stands of Ontario are seriously threatened by this new disease, not all beech are affected, and individual beech tree prevention is achievable.

2.1 What are Invasive Species?

Invasive species refers to any plants, animals, or other organisms that are not native to an ecosystem and that cause harm to the environment, the economy, or human health.

2.2 How Many Types of Invasive Species in Ontario Are There?

Invasive species in Ontario can be broadly divided into 5 categories.

2.3 What Is the Most Invasive Species in Ontario?

2.4 How Can These Invasive Species in Ontario Be Managed?

Managing invasive species in Ontario that have already established themselves is difficult, but some steps can be taken. To help stop the spread of aquatic invaders, make sure that any vegetation, animals, and dirt are removed from boats and trailers before leaving a location.

Avoid boating through infected areas, clean any sporting goods, and never release or compost unwanted aquarium plants to stop the spread of this disease. Find out more here.

2.5 What Steps Is the Government Taking to Control Invasive Species in Ontario?

Besides this, Ontario has many great conservation parks where you can enjoy its native wildlife, check them out here!

Invasive species in Ontario have travelled here from great distances, and are causing huge amounts of damage to the native wildlife habitats and the ecosystems of this region.

It is important to be careful during outdoor activities, to prevent spreading them through human action, especially during water activities, and hiking. Clean and dry boats and shoes, and make sure to check and clean the fur of your pets.

Learning to identify this species so that you can report it to the authorities will make all the difference.