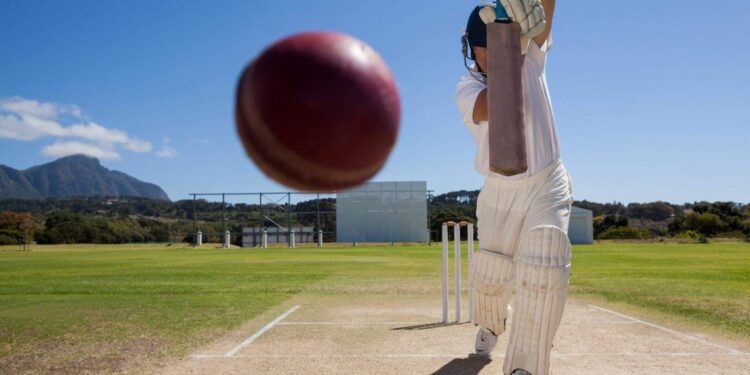 Cricket is an incredibly old sport, having first been played in the 16th century. The main rules of cricket are relatively simple. Two teams take turns batting and bowling, with each team trying to score as many runs as possible while preventing their opponents from doing so. The batsman must hit the ball away from fielders to score runs while bowlers try to restrict scoring by taking wickets or forcing batters out through catches or run-outs. In addition, there are other rules such as no-balls which can be used strategically against opposing teams for maximum effect!

Well if you are from Europe, you may not be familiar with this sport type as it is most popular in south Asia, Australia, and Africa. Not only playing and attending the matches but placing bets for cricket players are also very popular.

Nowadays cricket betting with bitcoin and other cryptos is mostly popular in India and Australia. So even though fans are few around the world, online sportsbooks still allow betting for cricket. In this article, we will outline the top countries where cricket is very popular for playing and also overview some aspects of cricket betting.

Cricket is an immensely popular sport in India, and has been a source of national pride for many years. The Indian cricket team has achieved great success at the international level, with players such as Sachin Tendulkar, Virat Kohli, and MS Dhoni becoming household names across the country.

Cricket also offers a sense of community among Indian fans who come together to cheer on their favorite teams during tournaments like the IPL or World Cup. Additionally, cricket provides Indians with an opportunity to showcase their passion for sports while connecting them with other countries through competitions like bilateral series against Pakistan or Australia.

So, as the sport is popular, the same can be said about placing bets. In India, betting on cricket is extremely popular. It has been estimated that more than 60% of all sports wagers placed in the country are related to cricket. This is due to the fact that it is one of the most popular and widely followed sports in India, with millions tuning in to watch matches every day. As a result, there are many online betting sites and bookmakers offering their services for those wanting to place bets on cricket matches or tournaments taking place across the country or around the world.

Australia and New Zealand – How Successful are Cricket Players?

Cricket has long been a popular sport in Australia and New Zealand. Its popularity is due to its competitive nature, the fact that it can be played both outdoors and indoors, as well as the strong national teams from both countries. The most popular cricket teams in Australia are the Sydney Sixers, Melbourne Stars, and Brisbane Heat while in New Zealand they are Auckland Aces, Otago Volts, and Central Districts Stags.

Some of the most famous players from these nations include Steve Smith (Australia) who holds numerous records for batting averages; Brendon McCullum (New Zealand), who was captain of his country’s team during their 2015 World Cup victory, David Warner (Australia), Kane Williamson (New Zealand), Mitchell Starc (Australia)and Trent Boult (New Zealand).

Out of India, there are some Asian countries where cricket is also very popular. This is the sport where every parent tries to teach their children to become successful players. Such Asian countries are Sri Lanka, Bangladesh, Nepal, Pakistan, Afghanistan, and others.

Placing bets in crypto on cricket matches has become increasingly popular in Asian countries like Pakistan and Sri Lanka. This is due to the increased awareness of cryptocurrencies, as well as the convenience and security that come with using them for online betting. There are now many websites dedicated to providing cricket betting services using various cryptocurrencies such as Bitcoin, Ethereum, Litecoin, and Dash.

Additionally, some sites also offer bonuses or discounts when players use their cryptocurrency wallets for placing bets on cricket matches from these countries. As a result of this growing trend towards crypto-based sports betting in Asia, more people are turning to it each day which makes it one of the most popular ways to bet on games from these regions today!

How Popular is Cricket in its Birthplace?

English people are also very active when it comes to placing bets on cricket matches, with many bookmakers offering odds and markets for all major international tournaments as well as domestic leagues such as The County Championship. This level of interest means that there are often large sums wagered on cricket matches throughout the year, creating an exciting atmosphere around each game.